Wow, 2015 is off to a REALLY slow start! I’ve only read one book so far this year! The good news is, it’s one I can mark towards my TBR Tackle goal! 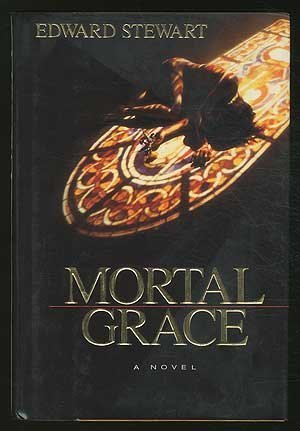 A posh, upper East Side Episcopal church throws a garden party, and the dismembered body of an unknown teenaged girl is found in a long-buried hamper. Called in to investigate, Lieutenant Vince Cardozo discovers a “communion killer” on the loose in New York City. Preying on homeless teenagers, the elusive killer leaves as his trademark a communion wafer in the mouth of each victim. Cardozo’s suspicions focus on three priests: Father Chuck Romero, a Catholic struggling against his attraction toward young people; Father Joe Montgomery, a flamboyant Episcopalian, confessor and companion to the city’s moneyed and powerful; and Reverend Bonnie Ruskay, a beautiful and dedicated young mother trying to breach the walls that divide rich from poor, good from evil, and herself from her own children. Searching, Cardozo finds only riddles: Why does the D.A. deny church involvement? Why have four identical murders been investigated as unrelated homicides? Why have the media blacked out the killings? Why — when the case is finally solved and the killer jailed — do the communion killings begin again? Racing the clock, disobeying his superiors’ command to back off, fighting a cover-up at the highest level of city and church politics, Cardozo must uncover the grisly truth before another child is killed.

Well…hm..aha, I’ve got it!  The perfect metaphor! This was supposed to be a gritty, gruesome crime novel, but I think grimy suits it better. You can see the dirt, but it’s smeared and indistinct in a few places.

I liked this enough to want to leave you with a decent impression, so I’ll do my complaining first. The plot meandered around through the middle of the book and did a complete and highly disorienting one-eighty in terms of story line. Characters appeared, then disappeared, then reappeared almost at random. Worst of all was the time lapses. I was thrown for a loop when fourteen months went by with no sign posts or fair warning, and I was lost for the next few chapters until I figured out what happened. Those are my complaints, and they are big enough to knock two stars off my overall rating.

Onto the positives. While meandering, Stewart still tied up all his loose ends, and even kept me guessing as to the identity of the communion killer. Vince Cardozo made for a good lead, and only one of two characters that made constant appearances among a cast that’s a bit too large and treated by and large like they are all disposable. I honestly couldn’t predict what would happen next, and while it was lacking in suspense it was engaging enough to keep me reading.

Overall, this wasn’t a bad way to pass the time. It was pretty enjoyable, and I can see myself reading it again. I’ll probably have to, actually, just to be sure I didn’t miss anything important the first time around. I can’t feel more than lukewarm about Mortal Grace, but Cardozo interested me enough to want to read the other novels. Score for the detective!

Hello! Glad to meet you! Long story short, I've got a young heart with an old soul, I love to think about stuff, and occasionally share what I think about. Stick around, if you like!
View all posts by RisingPhoenix761 →
This entry was posted in crime drama, mystery and tagged personal collection, tbr tackle. Bookmark the permalink.