Fires of Gleannmara, book one 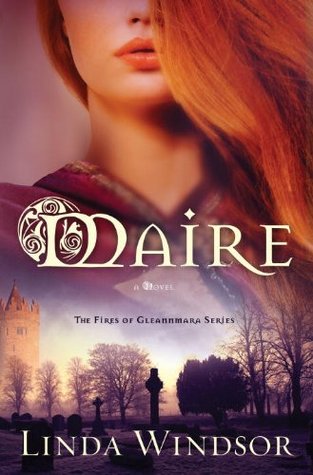 Ireland. During the Fifth Century. An ancient land of timeless mystery where–in the age of patron saints–the spark of Christianity spreads like wildfire among kings, scholars, and peasants alike. And nowhere is he impact greater than among the druids, as the light of Christ divides those seeking truth from those seeking power.

Against this backdrop of passion and change, two warriors stand firm: Rowan of Emrys, reformed mercenary, leader of his tribe; and Maire, warrior queen of Gleannmara.

Sold into slavery as a child by his own brother, Rowan now fights the inward desire for revenge. But this battle-hardened soldier has given his sword and his allegiance to the one God, and even stronger than the lust for vengeance is his determination to let this God have His way with him…even if it costs him his very life.

Maire considers fighting on the battlefield simplicity itself when compared to understanding the man she has taken as hostage and husband! What manner of man would make such a fine warrior into a coward? Yet she cannot deny the truth in what Rowan has claimed since the day they met: that meekness and humility to his God are stronger than any blade of steel.

When they finally join together, lifting their swords to unite their squabbling tribes against the evil druid, Morlach, and his corrupt forces of darkness, they discover the cost–and joy–of following the one true God and His Christ.

A short review for a short book. I can count all the Christian fiction I’ve read on one hand, and Maire is hands-down the best. In fact, I’m actually going to keep a lookout for the other books in the series.

What does it have in its favor? Well, I’m a sucker for all things Irish, to start with, the medieval setting was right up my alley, the heroine was spirited and lively and the hero was noble and swoon-worthy, the story moved at a great pace, I could go on. The only problem I had was that the characters, while lively and interesting, didn’t quite jump off the page as I hoped they would. There was a spark, but not quite a fire.

The spirit of the book, however, carried it. Embracing new faith and finding both true love and God’s love is a tricky message to pull off. It can get preachy when not handled with care, and ideally the message should work hand in hand with the story. Neither should detract from the other, and in the best possible scenario each is a vehicle for the other. Linda Windsor pulled it off. The dawn of Christianity in Ireland made for an excellent setting, weaving the introduction of faith into the story so naturally I never second-guessed it. It was neither cheesy nor forced, and the individual elements came together to make a good story. Ms. Windsor’s take on free will versus God’s will was refreshing and her theme of accepting God and Christ was vivid without ramming it down the reader’s throat.

I would definitely recommend this one. It was exciting, romantic and touching, and I can see myself re-reading it in the future.

Hello! Glad to meet you! Long story short, I've got a young heart with an old soul, I love to think about stuff, and occasionally share what I think about. Stick around, if you like!
View all posts by RisingPhoenix761 →
This entry was posted in christian, historical fiction, romance and tagged bad ass females, book bingo, fires of gleannmara, ireland, never saw it coming. Bookmark the permalink.