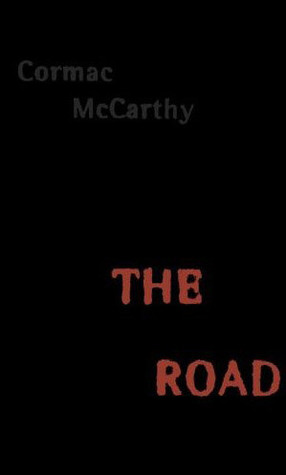 A father and his son walk alone through burned America. Nothing moves in the ravaged landscape save the ash on the wind. It is cold enough to crack stones, and when the snow falls it is gray. The sky is dark. Their destination is the coast, although they don’t know what, if anything, awaits them there. They have nothing; just a pistol to defend themselves against the lawless bands that stalk the road, the clothes they are wearing, a cart of scavenged food—and each other.

I struggled with rating this book. On one hand, I enjoyed it and think I might have found a new favorite. On the other, I felt like something was missing. It struck deep, but it wasn’t as harrowing as I was led to believe. It was simple, but there was some underlying complexity that kept me reeling. In some respects it was just plain boring, the man and the boy making their way through a world full of death and ash. Where did all of that ash come from, by the way? I understand everything burned, but how about a little origin story here? Shouldn’t this terrible apocalypse have been covered a little more?

The whole thing was vague, come to think of it. It was not a book for action as opposed to introspection, doing more thinking about life and death than actually living or dying. Not much is revealed about the characters, other than they are a father and son that have been surviving in this world for quite some time amid tragedy and the man’s dead wife’s prophecies of doom hanging over them. Less is revealed about the world they live in. It burned, and now there’s hardly anything left. End of story. The survivors are split into good guys, who keep to themselves, and bad guys, who eat other people to stay alive. The only thing that was made clear beyond doubt was the duo’s struggle and their love for each other.

I had problems with this book, but once I got started I couldn’t stop reading. It’s pretty short, but apart from that there was poetry in the language. The image was bleak and the words were quiet (too quiet, one might argue), but the whole picture was stunning. I even managed a few tears on occasion. It was definitely one of the most quotable I’ve read in awhile, my favorite being “This is what the good guys do. They don’t give up. They keep trying.”

This isn’t a book for everyone, but I don’t regret spending time on it. There was something about it that gripped me for all its flaws and I already know I’ll re-read it. I wouldn’t call it win or lose, but more of a draw. It could have been so much more than what it was, and yet…

Hello! Glad to meet you! Long story short, I've got a young heart with an old soul, I love to think about stuff, and occasionally share what I think about. Stick around, if you like!
View all posts by RisingPhoenix761 →
This entry was posted in science fiction and tagged could have been, free bin, i cried, mckays used books, personal collection, post-apocalyptic. Bookmark the permalink.

8 Responses to The Road – Cormac McCarthy